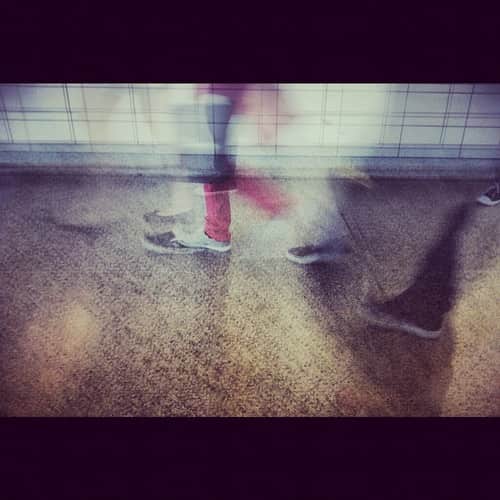 A father and his daughter got on the subway yesterday. She was young and in pigtails and she had autism. He held her tiny backpack between his knees as he fished his phone out for her. As he tapped on his phone, the familiar strains of angry birds began to play and a wide smile spread across both of their faces. He slowly traced his finger across the screen, showing her how to pull the bird back on the slingshot and then pulled his finger up quickly, releasing the bird to the delight of his daughter who gasped and then giggled and then clapped.

She reached out for the phone and he handed it to her for her to try it herself. For ten minutes he watched her mimic his action by tracing her tiny, chubby finger across the screen and then pulling it off to release a bird into the air. He never took his eyes off her. Genuinely interested in her experience, he leaned towards her, watching her learn to manipulate the images flashing on the screen. Sometimes she would glance up at him, with eyes wide, maybe when her bird hit a green piggy. He would nod in response.

When it came time to transfer trains, he touched the phone as a warning that it would have to go away. She finished her last pull and then handed it back to him without complaint. As the train pulled into the station, the giant adult creatures all crushed together in front of the red sliding doors, ignoring this little person who had stood up too. She wandered to the opposite sliding doors, tracing the lines of the Plexiglas window as her father stood protectively behind her. She reached out in exploration to touch the rubber ends of the metal sheaths of the doors and he immediately swept her up into his arms.

She giggled and touched his face. He leaned in and kissed her neck, and then they were gone, swept out the door in the sea of bodies, together.

By Katharine from Toronto