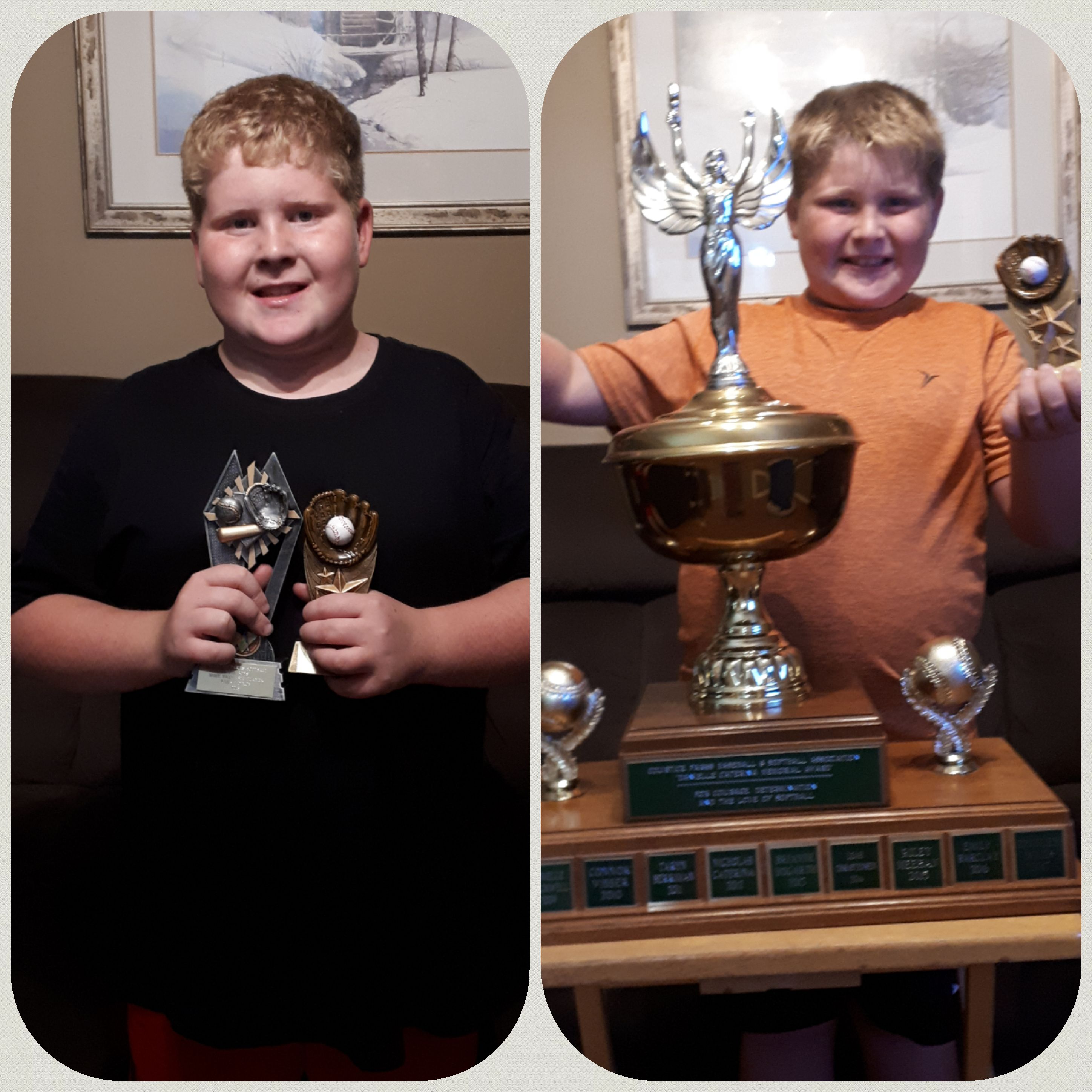 For the Love of the game

For the Love of the game

Robbie and James are both on the spectrum and from a very young age we have had them participate in extra curricular activities. Both boys have strong gross motor skills and fell in love with softball. It didn’t matter if it was raining, snowing, windy or very hot, they were on our driveway or in the backyard playing ball with my husband and I. This past summer we felt they were ready to play house league as they have always been involved with teams for youth with special needs. I stepped up to coach as no other parent was able too and the season began! About four games into the season the boys were playing well but of course had their moments. I was always there with my husband or dad to assist to calm them and get them back in the game. I hadn’t told the team about their Autism as I felt it was personal and not a huge deal. I wanted them to fit in for the great ball players they are. Robbie struggled during fourth game of the season – yes he made a bit of a scene but I was able to quickly intervene. That night as I was going to bed I received an email from one of the parents. He described the boys as an embarrassment to the team and softball association and went on to say many horrible things. I was shocked; questioned should they be playing, should I be coaching. After waiting awhile to respond I decided to share the email with the team ( this parent referenced the whole team felt that way) and share with them the boys diagnosis and how it can play a role in how they behave. It was a hard email to write and I prepared myself for criticism and the chance I would have to tell the boys they no longer could play. That day not only did all the parents respond but the response was welcoming, supportive and genuine. They thanked me for opening up and educating them when I didn’t need too, they asked questions, they cared! The support of the team was overwhelming. They did not “pity” the boys or make me feel like a “bad parent”. They supported and made the boys feel apart of the team. As the season went on the boys were relaxed and focused on the game, behaviours decreased. I am touched and will never forget the team of boys I coached and the parents support. Truly the community accepted our family! Robbie ended the season winning MVP and James won the league award for determination, dedication and love of the game. A season they will never forget.