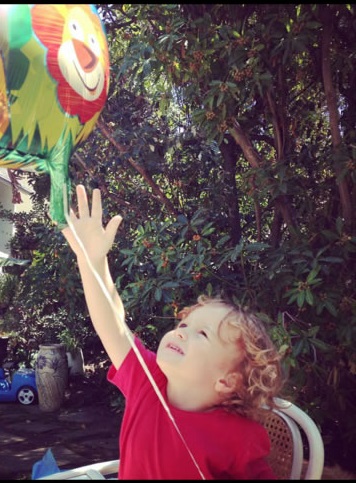 It eats at me.

It eats at me during the night, when I sleep.

Six months ago, I became an “Autism mom”. This time last year I didn’t know what autism really was. Now, at times, his autism is all I see and it all unfolded so quickly and there was nothing I could do to stop it.

Pierce was the perfect baby. He was always smiling. He was my baby that was exclusively breastfed. The nurses commented about his strength because he could lift his head and turn it at merely hours old. Pierce crawled and walked way before his older brother but at around 1 1/2 years old we noticed that he only had a few words. We worked hard at never comparing our two boys so we didn’t focus on the lack of language. At our 2 year check up, our pediatrician recommended speech therapy and we started that right away. A few months into speech therapy, my husband and I became concerned that he wasn’t able to feed himself independently and he was still putting everything in his mouth at 2 1/2 years old. Our pediatrician said “lets wait until his three year check up – we have time”. We decided not wait – something in our gut told us to act now. I contacted our local school district the next day for an interdisciplinary team assessment.

Pierce was diagnosed with Autism Spectrum Disorder right at his 3rd birthday. It was a hard day to say the least but we knew it was coming. We could now get him the help he needed. He wasn’t thriving in his preschool at the time, in fact I was getting calls almost daily about his behavior. I remember feeling reluctant to move him to a Special Needs Preschool because my fear was that the issues he was having would continue there. I was shocked to see how much his behavior and skills changed immediately when he is in the right educational setting. Its a 3 to 1 ratio. Pierce’s teacher adores him and has integrated sensory techniques into the classroom since she knows Pierce is a sensory seeker. He also reeives speech and occupational therapy at school and I take him to three different private therapies after school. I have built a team for Pierce and each one of us is his biggest cheerleader.

Autism affects 1 in 68 children. Boys are five times more likely to have autism than girls. Autism Spectrum Disorder is indeed a spectrum. No two children with autism are the same. Yet there are characteristics that many autistic children share. When Pierce was first diagnosed, so many of our friends and family commented that they didn’t know much about autism. They had so many questions. So I sought out to write about what autism is to our family and document our journey. However I have come to realize that our journey has only begun.

Pierce’s journey is our families journey. I cannot trek ahead of him or behind him. I must be at his side because just as he is learning and evolving, I am learning and evolving myself. I am metamorphosing into a better mother because of Pierce. We celebrate every milestone in our house – even the smallest ones. Our most recent milestone is that Pierce is now hugging and saying “I love you “. This is a HUGE milestone since he has never been into affection. I still have days where I feel defeated and all I can do is cry – and that is ok too. What I have learned is that his autism doesn’t need to be defeated – he is different not less. Autism is accepting your child for who they are – not what you thought they would be. I don’t know exactly what our future looks like but I do know that he has a mom that won’t give up.