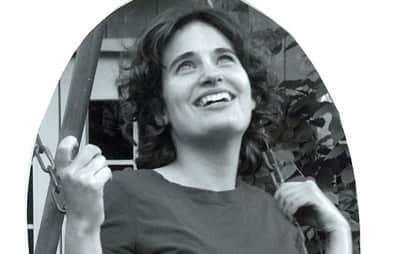 Our family joined Autism Ontario in 1993, twenty years after it began and shortly after our daughter Grace was diagnosed with autism. Our membership number was 109, hinting at the humble beginnings of this organization at the half-way point in its history. But that was also a different time: when Grace was diagnosed, we were told that the incidence of autism was only one in 10,000.

The year 1973 when Autism Ontario was founded, was in many ways a landmark year. US troops pulled out of Vietnam with the signing of peace; the Watergate hearings had begun in the US Senate, and Richard Nixon had uttered his famous words, “I am not a crook”. The World Trade Center had become the tallest building in the world; Britain, Ireland and Denmark joined the European Economic Community; the Sydney Opera House was opened; and Secretariat won the Triple Crown, the first horse to do so in twenty-five years. Closer to home, work had begun on the CN Tower, and Montreal had announced Canada’s first lottery to help pay for the 1976 Summer Olympics.

In 1973, I was a young girl living in Thornhill, Ontario, noticing the world around me take shape with taller and taller buildings, faster and faster horses, only starting to sense the tension that exists in world affairs, and the lack of accountability in governments. I dreamt the simple dreams common to young girls, of someday becoming a wife and mother, wishing on the brightest star outside my bedroom window that the future ahead would be exciting and wonderful, would take me on great adventures. And what an adventure it has turned out to be!

My husband Gerry and I have often said that our special daughter Grace was born seven-to-ten years too early. She’s 24 years old now, too old to have experienced Intensive Behavioural Intervention (IBI) therapy, too old to have entered the school system at a time when teachers understood about autism and how to best help our special children learn, too old for acquaintances to recognize that when I told them she was autistic, I did not mean artistic (although she is that too), and too old to benefit from the Peers program that was eventually established in her former high school.

But it is also true that Grace is lucky to not have been born even earlier.

There was a man with autism who lived in our area in a Community Living home, who was removed from his family at an early age. He was part of the autism generation whose mothers were blamed. He had lash marks on the back of his neck from mistreatment suffered in the facility he stayed in for most of his childhood. Even into his 50s, he never overcame his fear of water. The way they had bathed him was by turning a hose on him – all this in a facility that some authority had determined was a better place for him than his family’s home, for the theory promoted by Dr. Kanner and Dr. Bettleheim that a detached mother caused autism, was in wide belief until the 1970’s.  The founding of Autism Society of Ontario in 1973 by mothers and fathers who lived through those dark times, strikes me as an act of exceptional courage.

In 1994, when Grace was six years old, I attended my first Geneva Centre International Symposium and met a woman from that older generation of autism moms.  I was sitting beside her in the John Bassett auditorium at the Metro Toronto Convention Centre, a theatre with a seating capacity of 1,330.  The place was almost full. (Autism conferences at that time were not nearly as ubiquitous as they are today.) Judging by her appearance, I guessed she would be in her late 70s or early 80s. You could see a slump in her shoulders even though she was seated, and a great weariness in her eyes that suggested a long, hard life. I turned to her at the break, and asked what her connection was to the field of autism.  That’s when I discovered she was only in her early 50s, 20 years older than I, and had an adult child with autism who was my age.

“You can’t imagine what it was like,” she said, “to have doctors tell you it is your fault. That you don’t love your child enough. That your lack of affection has caused this.”

Lucky. Not by most people’s standards. My special daughter Grace is beautiful, a talented artist, is brilliant at puzzles, is helpful around the home, and has a very affectionate, sweet nature, but she also represents autism at some of its extremes. Grace has enormous issues with sensory sensitivities. She was a bolter up until age 21, defying the 2012 study published in the journal Pediatrics that says elopement peaks at 5.4 years. She has gone through stretches without any sleep, meaning that the rest of us could never be sure of getting much sleep either. She has limited language skills. And most problematic of all, she has co-morbidities of Anxiety Disorder and Obsessive Compulsive Disorder, is a head-banger with melt-downs that at times can be so frequent and dramatic that we joke about putting our repairmen on retainer. In some ways, she represents the full potential on the spectrum, and by extension, in all of humanity – the potential for talent and accomplishment, and the potential for violence and destruction. We see in her the struggle for good over bad, and the hope for the ultimate conquering of love and peace.  In the many seasons of our life with Grace, we have come to know that even a very long winter will ultimately give way to spring, that light attracts darkness, and that faith needs the darkness to grow.

In our 24 years with Grace, we have seen the incidence of autism skyrocket from 1 in 10,000 to 1 in 94.  We now understand from Marg Spoelstra’s recent attendance at the International Meeting for Autism Research Conference (IMFAR) that the rates are expected to climb even further to 1 in 50. We have seen “flavour of the week” therapies come and go, and our own experience with autism treatments and therapies is better described by what we didn’t try than by what we did. We have not put our daughter in a hyperbaric chamber, we have not gone to swim with the dolphins, we have not taken Grace to Brazil to be blessed by John of God.  Despite all of the treatments and therapies we have provided, the courses taken and the conferences attended to increase our own level of understanding, Grace’s autism symptoms are still very much on the severe side of the spectrum. Because our antenna is always alert to managing her symptoms and autism is constantly on our minds, in April 2013 when Autism Ontario celebrated World Autism Awareness Day for the first time, my husband joked, “I wish there was an Autism un-awareness Day.”

Whenever I get discouraged about the lack of resources in autism, the lack of funding, the long waiting lists and the waiting lists for waiting lists, the families that in desperation are dropping their adult children off at the offices of Developmental Services Ontario (DSOs), surrendering their parental rights, the failure of our stressed medical system to adequately respond to families in crisis, the lack of mentorship programs, lack of employment prospects, lack of meaningful opportunities for our special children to engage in their communities, the lack of suitable housing options, the concerns we have for our daughter’s care once we become too old, I only need to remember the abysmal state of affairs that existed just 40 years ago when a brave band of parents came together to create Autism Ontario, and I am grateful for what they started.

What has Autism Ontario given my family over these years? On a practical level, we have been able to access some funding for Grace to go to camp, and were fortunate to have our younger daughter Ruth-Anne even win a Jeanette Holden sibling scholarship for university a few years ago. We’ve been able to take Grace to activities paid for by our local chapter that made March Break and school Professional Activity (P.A.) days less stressful. The first time I took Grace to one of these events it was a movie at our local theatre and the place was packed. I left the theatre in tears, not because the movie was sad but because I was overwhelmed by the sense of acceptance and freedom I experienced. It was the first time we had taken Grace to a movie where she was free to rock in the chair non-stop for the entire two hours we were there, with no one complaining or asking us to leave or looking at us as though we were crazy, with Grace being able to stay for the duration of the movie so the rest of our family could enjoy it too without either splitting forces or hurriedly moving to our “plan B” of we’re-getting-the-heck-outta-here-now. Let’s face it, autism isn’t exactly a club we all wanted to join, but the friends and support system that Autism Ontario has provided me with has truly been one of the greatest blessings in life.  Our autism journey has also brought us into contact with some amazing doctors, educators, therapists and caregivers – people who have been the angels that walk among us, who have gone the extra mile to be of service, to make a difference.

On a less direct level, but equally important, is the work that Autism Ontario has done in advocacy, working with other autism organizations, with the media and different government ministries and within Special Education Advisory Councils (SEACs) in School Boards to break down barriers and put supports in place, organizing fundraising walks and flag raisings so that the world will be more welcoming, more understanding, respectful, aware and accepting of our special children, and more willing to work with their strengths. Over the years, Autism Ontario has also been a funder of important research, to help advance the cause of improving the quality of life for individuals with Autism Spectrum Disorders (ASD) and their families.

My friend Klaudia has a four year old son Luke who is on the spectrum. Luke has curly brown hair and a smile that reaches up to his eyes, and he walks with a little swagger. Last year, Klaudia invited me and another Autism Ontario Board member to observe his IBI therapy. Luke was receiving 27 hours of this therapy a week (the average at this facility being 25). I know that traditional IBI therapy doesn’t work for all children, (Dr. Jonathan Alderson said in his full-day presentation in Woodbridge, Ontario, on June 6, 2012 that 40% on the spectrum are not helped by it) and that not all children meet the assessor’s criteria for eligibility so families who desperately want these services (because what else is there?) are sometimes turned away. Those who are given the opportunity find that the waiting lists can be long, and the clock is ticking, and the burden it places on families to give up their lives to its scheduling, is often neither realistic nor feasible. But in Klaudia’s case, it has been an amazingly positive experience as Luke has made developmental leaps.

I couldn’t help but wonder when I witnessed Luke’s progress, what Grace might have been able to accomplish had she been given the same degree of support at his age. Would Grace at the age of four have been able to learn to listen, to follow instructions, to share, to respond appropriately, to increase her working vocabulary, and if so, what might she have achieved by age 24?

“You’re lucky,”  I say to Klaudia.  She smiles. I like to think that Klaudia will herself someday have occasion to say the same words, “You’re lucky,”  to another generation of autism mothers, when new interventions, medications, therapies and technologies, ones that we can’t even imagine yet, become available, perhaps because of the very things Autism Ontario is doing today.

By Janet from Stratford