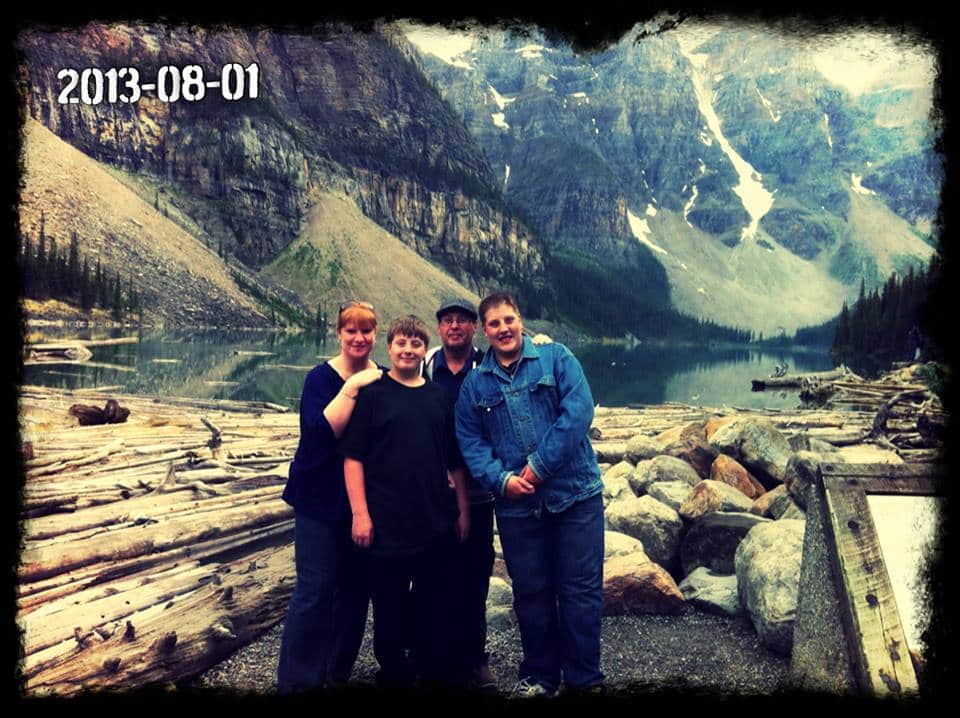 A Perfect Square that Cannot be Broken

A Perfect Square that Cannot be Broken

When I met my wife Anne 26 years ago, it was an occasion that really should not have led to us being together all these years. I am 6 years older than she, I liked to partake in activities with alcohol, had a tremendous social life, large enough network of friends…..all things Anne did not seem to have or do. And yet, it wasn’t long before we became an item, and both of our lives changed. I calmed down, she opened up a bit. We met, if not in the middle, then close enough not to matter.

I look back at the last paragraph, and knowing all the things I know now, I realize there were signs in abundance that I was in for a ride, had I the wit to know it. Autism, ASD, Asperger’s, all were words not even on the horizon of my mind. For me, I was with someone quirky, someone who draws outside the lines in life, even though on paper she could not do so. It wasn’t long until, as a couple, we realized our social life was going to change. When together, Anne and I craved our alone time, avoiding family functions when it was possible. But to us, this was typical, right?

We married in July 1992, and one year later had our first son, Alexandre. What a joy!! From the age of 10 I had always dreamed of being a father. A pirate, drag-racing, karate champion and secret agent father, sure….but ‘dad’ nonetheless. And I was living the dream. Having this child changed everything for us. Our focus was in him, and we became secondary.

And like most parents I know that have had to face up to the unavoidable initial terror and confusion that an Autism diagnosis brings with it., we stood like deer’s caught in the headlights of life.

Thankfully, Anne is an educator. Without her training, instinct, courage, and tenacity, there is no way our son Alex would have come as far as he has. The countless hours of therapy, of ‘good cop/ bad cop’ routines by Anne and I, she doing the dirty work on the floor day in and day out, performing IBI when there was no such thing, I being the guy who came home and tagged into the ring, Anne collapsing in fatigue while I got to do all the fun stuff, pretty much oblivious to what went on most days.

We were fortunate to have awesome schooling for Alex. He was educated in a caring, loving environment, one which worked effectively with us, that gave him the chance to grow, that brought him socially out of his shell. Enough so to become class president for grade 8. He inspired others with ASD to do things they were told they couldn’t. ‘If Alex can, we can!’ This continued through High School, then now College, a place we surely never dreamed he would go, given the severity of his first 6 years.

His brother Mackie, born 5 years later, was tremendously important in this catharsis in Alex. Mackie helped Alex retrace the steps of babyhood, we think helping rewire many a path and moving him along at a quicker pace. He has been an unwavering supporter of Alex, and we are very thankful to have him.

Lost in all this….is Anne. She is drawn to work with children with Autism. It is her gift. She has a patience for these special, wonderful people. And it is because of this and the contacts she has made in the Autism community that led her to get the best gift for herself: her official diagnosis of Asperger’s Syndrome.

I am not sure how much of a difference it would have made in our lives had we known sooner, although I am sure it would have been different. Not necessarily better. It took her 19 years of marriage to get this diagnosis, and on that day, it’s like all the pegs in our lives that did not quite fit in their holes shifted ever so slightly and dropped into place. We had answers to unasked questions. We now had the ‘why’ to many of the ‘wtf’s?’.

Four years have passed since this fateful day. Our lives are more complete. We give each other space, and I really have come to understand her in a way I may never have. Her anxieties, her social hindrances, her differences are no longer so. Because we now live our lives knowing what we know, we flow with the Universe instead of against it. Like-minded people in our lives have certainly helped the process, and helping others has kept us grounded.

We no longer fight for Autism Awareness. We now push for Autism Acceptance. My family, two with autism, two without, form a perfect square that cannot be broken. I wish this kind of acceptance on everyone!

By Bill in Sturgeon Falls