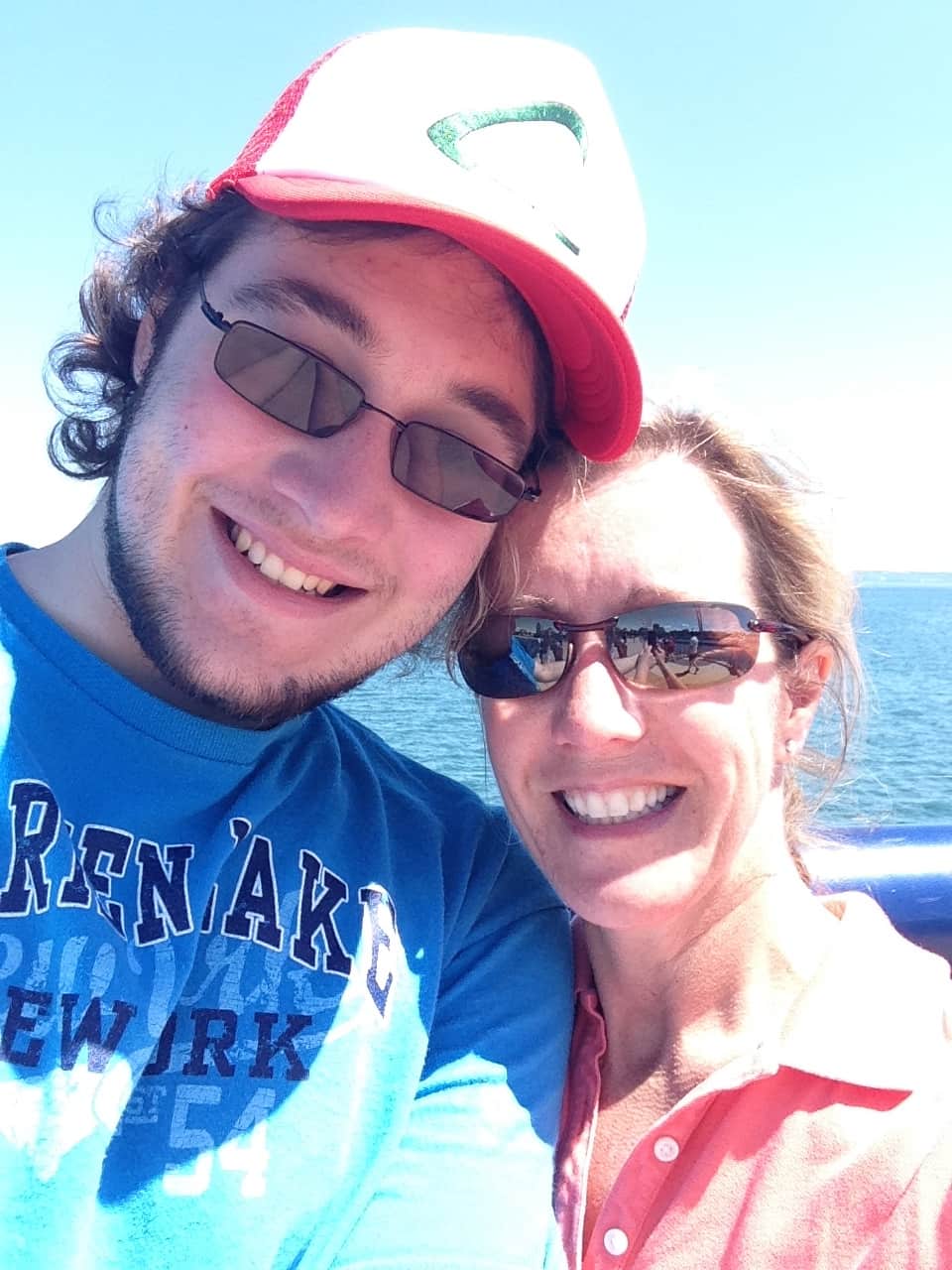 From the Blog “Alex and Autism”

No story is more “Alex” to me than the one I often repeat about the boys in the beer store. When Alex was about 6 years of age he and I and his sister, who was 4 at the time, stopped by the beer store on our way home. For those outside of Ontario, the beer store is where you purchase beer. I know it seems odd for most who can purchase beer at the local grocery store but we are special.

In any case, it was a hot summer day and there was a long line up inside. As we were waiting inside, Alex started to become quiet anxious (waiting was and is never easy for autistic children). Suddenly a very loud roaring sound turned everyone’s heads, including Alex’s, to the two bikers who pulled up right outside the front doors. Two very large guys dismounted their motorcycles and headed inside to the end of the line. One was covered in sleeve tattoos – quite colourful, scary looking snakes. The other had chains and a lot of stuff hanging from his belt as well as a very large belt buckle which resembled the face of the devil with its tongue sticking out.

Now most kids and adults would become nervous at the entrance of these two guys and most in this case appeared to do just that. My daughter quickly scooted behind me, peeking out to watch them. But Alex of course had no fear. Walked up to them as I called him to come back in line with mom. He stood right in front of the one with the snake tattoo and proceeded to run his hand up the guys arm outlining the snake with his finger. “Beautiful!” Alex exclaimed. “Is that the Apophis?” At this point the look of shock on the biker’s face was priceless. “Wow, little buddy, most kids are afraid of me,” said the biker “how do you know that?” “It’s an ancient Egyptian snake of evil,” said Alex. “I like your Diablo too,” he said to the other biker as he pointed to his belt buckle.

At this point both bikers were know in a pitcher’s position allowing Alex to explore their tattoos. I called for Alex to “stop bothering the two gentlemen and come back in line.” To which the one biker said “no worries mom, its cool.”

I had now placed my order, paid and was waiting to pick up the beer. I called for Alex to come explaining we had to leave. He began to walk away and then turned and in the loudest whisper voice yelled “hey, by the way, are you guys gonna rob this place?” The biker laughed out loud, as did most people in the store, and he replied “not today son, not today”.

I then grabbed the beer and grabbed Alex’s hand and with a beet red face left for the car. As we were pulling out of the parking lot we passed the two bikers and Alex stared at them and smiled. I looked at Alex in the back seat and thought to myself while he will never understand the expression “don’t judge a book by its cover”, due to how literal he perceives everything, that experience was a perfect definition for that phrase, one that we should all practice in life.

By Dana in Burlington