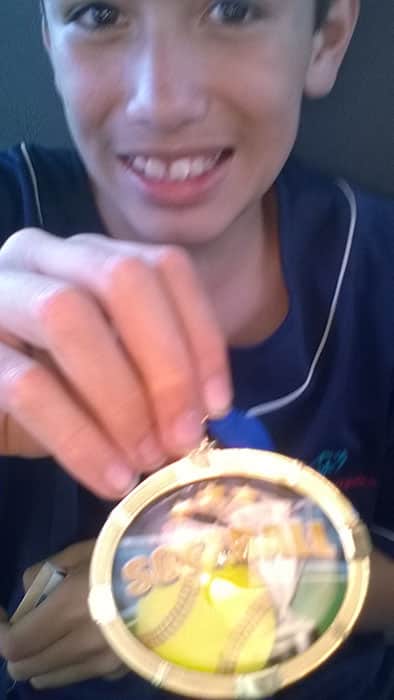 How Sports Helped My Son Have a Future

How Sports Helped My Son Have a Future

My son Patrick Whyte was diagnosed with ASD, ADHD and Anxiety Disorder at age 7. At the time, I distinctly remember the psychiatrist telling Patrick’s dad and I was told not to make plans for Patrick’s future and not to expect much from him.

Well, this definitely was not something I was willing to accept, I knew that Patrick was a gift to our family and to this world all I had to do was find a way to help him live his best life. So, I started finding way to include Patrick in the community, keeping in mind of his inability to accept change, sensory issues, patients level and inability to control his emotions. We tired a couple of community groups but Patrick found them overwhelming and the leaders where not trained to deal with ASD children.

Then one day while taking his older brother to baseball practice I noticed Patrick wanting to play; he was trying to throw the ball to his dad and at that point it occurred to me “what if I signed Patrick up for T-Ball and what if I could coach that team so that I could be there to help prevent Patrick’s meltdowns, and I could also help the other children learn about Autism. Well the first few weeks where a mess mostly because the other parents did not understand Patrick’s behavior and instead of coming up to me and asking me more about Patrick they just told their children to “stay away from that kid.”

I could sense my son’s sadness when the kids would not throw him the ball or talk to him on the bench. So, one day I took the parents aside and explained to them about Autism Spectrum Disorder; and that all my son wanted was an opportunity to be part of a team, make a few friends and most of all PLAY BALL.
I am happy to say that Patrick played baseball for four years. After two years, I no longer had to be his coach; I was there as an observer and more importantly a proud parent cheering on their boy as they won their Little League Championship.

As Patrick grew both inside and out, his interest in sports increased as  he joined his school’s cross-country, soccer, basketball and volleyball teams. I was there to help Patrick just in case of a meltdown which only happened a few times.
Three years ago, Patrick joined the YMCA twice a week with his respite worker Stacey. She would take him to karate and again I was worried, so I decided to go with him to karate. Well this was a huge mistake because Patrick spent more time trying to gage my reactions to what he was doing than listening and concentrating on his instructors.  It turns out my son thrived on the structure and discipline that karate provides. Patrick was informed that “under no circumstance is he to use karate on anyone as a method of violence how he would be suspended. Last year Patrick won his first Sparing Gold Medal in our local karate tournament, he also achieved his Green Belt.

Four years ago, Patrick also joined our local Special Olympics, (mostly so he could continue to play softball) however it is here that Patrick has grown the most. Through Special Olympics, Patrick discovered who his is.  He has found an outlet to release his energy, but also a place where he is accept and in some ways, is also a leader and teacher.

My son finally realized that  he has a lot to offer. He has developed a huge amount of self-confidence, self-respect and self-control. Sports has helped my son become become a member his community. It has allowed him to develop real transferable skills and given him opportunities to be part of a wonderful group of people. Sport help Patrick come out of his shell, helped him control his emotions and given him goals for the future. This year at the age 13-year-old, Patrick joined Air Cadets and still remains involved with Special Olympics. He is currently training for his Green Stripped Belt in Karate and even  had the confidence to go out for the Grade 8 class play.

Patrick wants to be a pilot when he grows up.  He tries extremely hard in school and has moved from modifications to accommodations. Patrick even has a best friend Brody. Yes, ASD is and will always be a part of Patrick’s life however it does not define who he is, so in a way the doctor was right I did not make plans for his future I let him live one day at a time. Patrick is the one who will make plans for his future and that future looks bright.